Q
WHAT IS BLUE LIGHT AND WHAT IS IT DOING TO OUR EYES?
A

RetinaGuard Anti-blue light screen protectors protect against Blue light which is also known as HEV ( high energy visible light ), it is emitted from LED screens from devices such as mobile phones, tablets, laptops and TVs.
As device makers aim to achieve higher resolutions and vibrant screens, blue light is used as the primary color to light up the screens. Harmful blue light can not be absorbed and shines through the retina to cause damages to macular.
Reports around the world have proven the blue light symptoms such as vision deterioration, insomnia and possible causes for several severe health issues.

Blue-violet light comes principally from the sun but also from our favourite devices such as computer screens, tablets and smart phones as well as artificial light sources such as LEDs. This light penetrates deep into the eye, which can suppress the natural release of melatonin, causing disrupted sleep.

Digital eye strain, which now affects around a third of people, can be increased by the blue light's effect on contrast. It’s no wonder this is happening; recent research shows that Australians are spending more time in front of a screen than they are sleeping (9.4 hours screening vs 7.3 hours sleeping). Over the course of a year, this means on average Australians will spend 143 days in front of a screen.

White sunlight, which we have become accustomed to over millions of years, is made up of around 25% to 30% blue light. This natural blue light reduces as a percentage of sunlight through the afternoon, guiding our bodies into night-mode. Whereas computer monitors and other electronic screens emit approximately 35% blue light and continue at these high levels well into the evening.

Recent research has shown that these high levels of blue light exposure can have a variety of implications for health and wellbeing. Long exposure to high energy particles at the blue end of the visible light spectrum can damage receptors in the eye. While the use of artificial light at night can trigger a variety of sleep problems, as well as physical, emotional and mental health disorders.

Q
Is Blue Light Actually Harmful to Our Eyes?
A

According to experts, blue light exposure over time can be harmful to your eyes since it can reach the retina and damage our photoreceptor cells. Over time, this could lead to blurred vision, dry eyes, and even headaches. Blue light can also increase the creation of fine lines in our skin and inhibit our sleep.

Ever wonder why it’s hard to go back to sleep after waking up and looking at your phone?

Blue light can decrease melatonin production, making it harder for you to fall back to sleep and have a balanced circadian rhythm. The EyeJust screen protector works similarly to the Olly Portable Sunlight Solution with the overarching goal of helping you improve and maintain good health.

Blue light has a dark side - Harvard Health 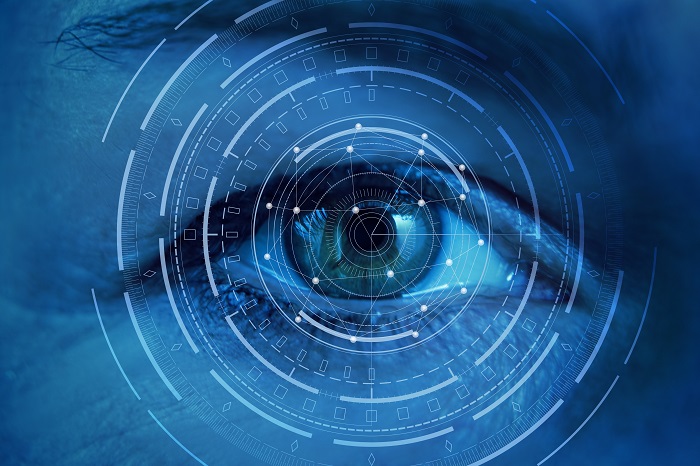 Q
What is blue light?
A

Not all colors of light have the same effect. Blue wavelengths—which are beneficial during daylight hours because they boost attention, reaction times, and mood—seem to be the most disruptive at night. And the proliferation of electronics with screens, as well as energy-efficient lighting, is increasing our exposure to blue wavelengths, especially after sundown.

Everyone has slightly different circadian rhythms, but the average length is 24 and one-quarter hours. The circadian rhythm of people who stay up late is slightly longer, while the rhythms of earlier birds fall short of 24 hours. Dr. Charles Czeisler of Harvard Medical School showed, in 1981, that daylight keeps a person's internal clock aligned with the environment. 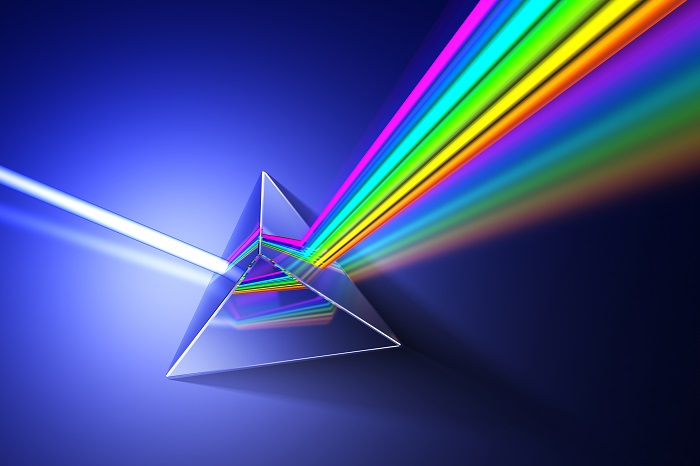 Some studies suggest a link between exposure to light at night, such as working the night shift, to diabetes, heart disease, and obesity. That's not proof that nighttime light exposure causes these conditions; nor is it clear why it could be bad for us.

A Harvard study shed a little bit of light on the possible connection to diabetes and possibly obesity. The researchers put 10 people on a schedule that gradually shifted the timing of their circadian rhythms. Their blood sugar levels increased, throwing them into a prediabetic state, and levels of leptin, a hormone that leaves people feeling full after a meal, went down.

Exposure to light suppresses the secretion of melatonin, a hormone that influences circadian rhythms. Even dim light can interfere with a person's circadian rhythm and melatonin secretion. A mere eight lux—a level of brightness exceeded by most table lamps and about twice that of a night light—has an effect, notes Stephen Lockley, a Harvard sleep researcher. Light at night is part of the reason so many people don't get enough sleep, says Lockley, and researchers have linked short sleep to increased risk for depression, as well as diabetes and cardiovascular problems.

Effects of blue light and sleep

While light of any kind can suppress the secretion of melatonin, blue light at night does so more powerfully. Harvard researchers and their colleagues conducted an experiment comparing the effects of 6.5 hours of exposure to blue light to exposure to green light of comparable brightness. The blue light suppressed melatonin for about twice as long as the green light and shifted circadian rhythms by twice as much (3 hours vs. 1.5 hours).

In another study of blue light, researchers at the University of Toronto compared the melatonin levels of people exposed to bright indoor light who were wearing blue-light–blocking goggles to people exposed to regular dim light without wearing goggles. The fact that the levels of the hormone were about the same in the two groups strengthens the hypothesis that blue light is a potent suppressor of melatonin. It also suggests that shift workers and night owls could perhaps protect themselves if they wore eyewear that blocks blue light. Inexpensive sunglasses with orange-tinted lenses block blue light, but they also block other colors, so they're not suitable for use indoors at night.

Protect yourself from blue light at night 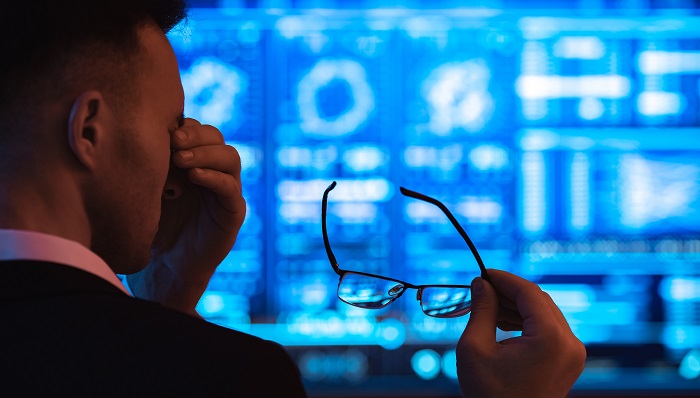